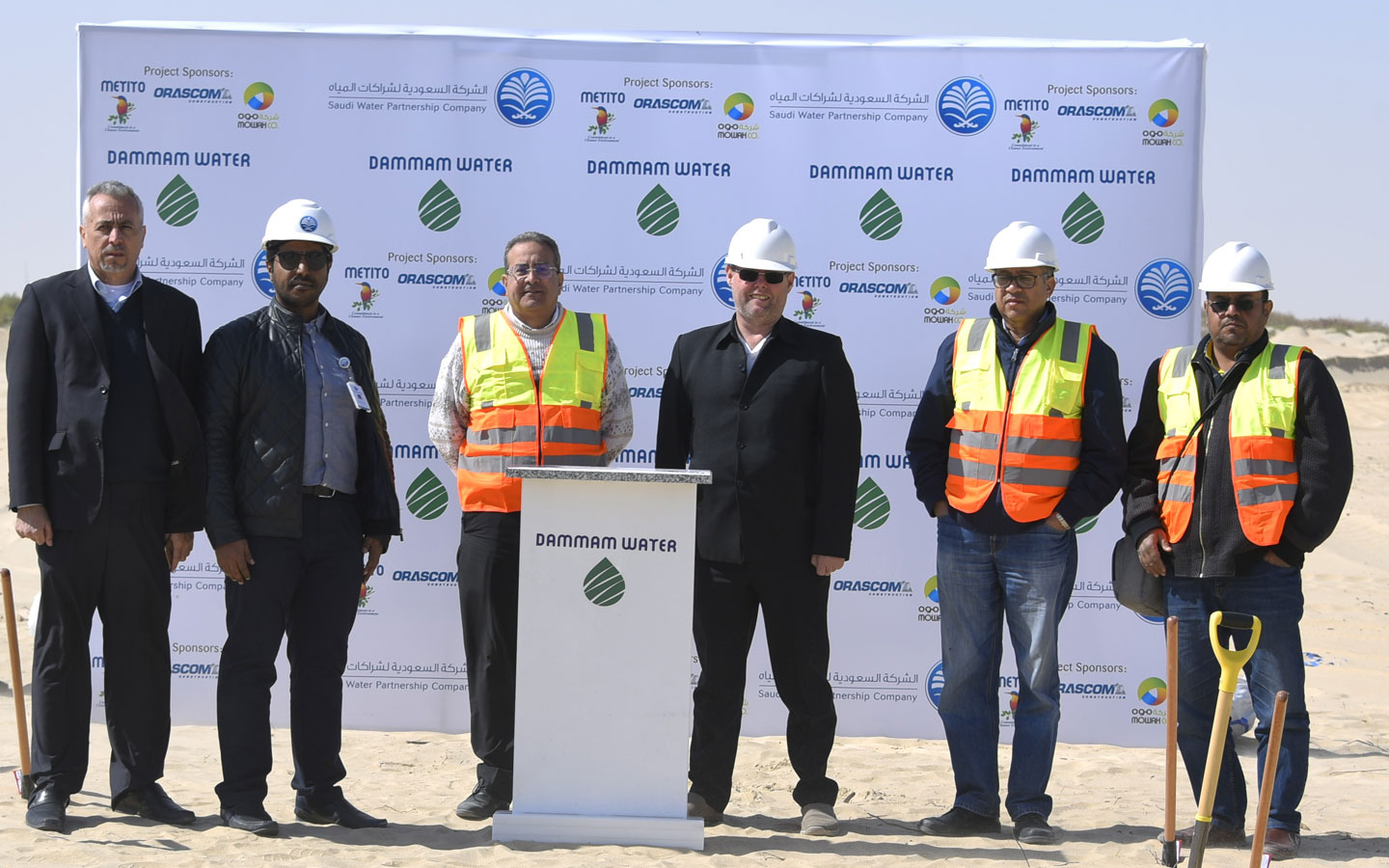 Dammam, 12 February 2020 – Today marks the start of construction at the first Independent Sewage Treatment Plant Project (ISTP) in the Kingdom of Saudi Arabia in Dammam West. The Notice to Proceed (NTP) allowing the contractors to mobilise and start construction on site has been issued following the execution of relevant project and finance documents by the banking group and the consortium developing the project led by the Metito Group and comprising the companies; “Metito”, “Mowah”, and “Orascom Construction” (the Consortium).

The plant has a designed capacity of 350,000 cubic meters per day and an initial capacity of 200,000 cubic meters per day and will serve the western region of Dammam. The project is the first ISTP to be awarded by the Saudi Water Partnership Company to investors under a Build- Own- Operate-Transfer (BOOT) model and plays an integral part of the plan set by the Ministry to tender similar projects to the investors in different regions across the Kingdom. This is in line with the Kingdom’s “Vision 2030” and the wider initiatives approved by the Cabinet of Ministers to further encourage private sector participation in economic development initiatives.

Rami Ghandour, Metito Managing Director commented: “The Dammam ISTP is a true testament of the Kingdom’s progressive and visionary leadership and a great example of their support to further involving private sector in lifeline mega infrastructural projects. Together with the support from the Saudi Water Partnership Company and the National Water Company, we will develop a project in world-class quality using the most efficient solutions and advanced technology that will guarantee sustainable optimized operations and service excellence. We will develop a working model for other similar projects in the Kingdom and further afield”.

Sami Alrayes, Mowah Chairman and CEO said: “Today is a milestone for the Saudi PPP sewage programme with the start of construction works in the Dammam West ISTP.  Contractors are commencing mobilization and conducting site preparation, surveying, clearing, levelling and fencing confirming the commitment of Dammam West Company for Water in speeding the start of construction works in one of the first projects under this program.”

Osama Bishai, Chief Executive Officer of Orascom Construction, commented, “We are pleased with the financing milestones achieved on this project, paving the way for the start of construction. Orascom Construction’s experience, especially in the water sector, will be key to facilitate the successful execution of Dammam West ISTP. We are excited to play an integral role in this program and look forward to continue collaborating with SWPC and National Water Company.”