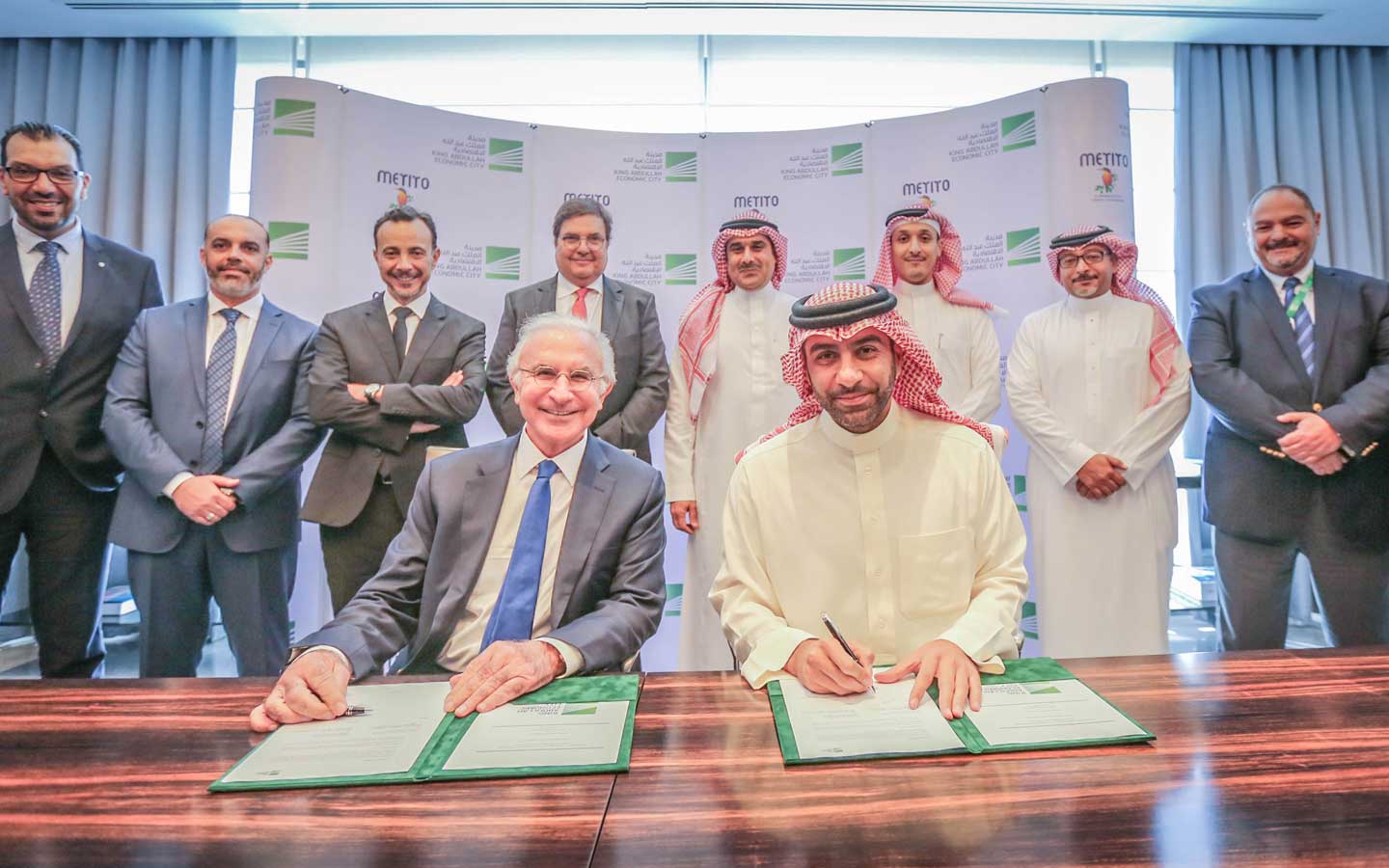 King Abdullah Economic City (KAEC) signed a contract with Metito Saudi Ltd for the design and construction of a seawater desalination plant powered by solar energy and valued at SAR220,404,144. Metito was awarded the project after competing with 10 international and regional companies for the tender.

The seawater treatment and desalination plant will start with the capacity to produce 30,000 cubic meters of drinking water per day, and expandable to 60,000 cubic meters per day. The development period of the project is 24 months, with a plan to start production in the first quarter of the year 2020. The new plant will be the second desalination plant in KAEC with an objective to increase the production capacity of drinking water to meet the needs of new projects and the growing population in the city, especially with the pilot operation of Al Haramain Express train.

Ahmed Ibrahim Linjawy, KAEC Deputy Group Chief Executive Officer, said: “This is a vital to KAEC’s water security and is consistent with the Kingdom’s Vision 2030 for sustainable conservation of natural resources, water and clean energy use. The plant will also establish greater confidence between investors and the city, which continues to implement major projects to develop its infrastructure in all its different sectors, and will attract more investors to invest and gain a footing in KAEC knowing their water needs for industrial and commercial use is sustainably secured.”

Mutaz Ghandour, Metito Chairman and CEO said “King Abdullah Economic City’s investments in infrastructural projects that rely on sustainable resources such as desalinated water and solar energy marks another unique proposition for this iconic establishment and a clear reflection of a progressive and exemplar vision. Developing secure and sustainable water sources is critical to developing successful economic systems and ecosystems and to the establishing a broad range of enterprises such as; hotels, food industries, pharmaceuticals, and construction, which will now have bigger appetite to invest in the city. The Kingdom of Saudi Arabia has great potential and we expect that development will take a faster pace with the continuous investment in infrastructure which requires significant capital and synergistic partnerships with all relevant stakeholders. We look forward to working with our partners on this project and future ones and proud to play a role in such landmark projects in the region “.